Take2 Games is one of the largest video game producers in the United States. They are the parent to companies like 2k Games, Rockstar, Private Division, and Social Point. They are publicly traded, generate $3 Billion in revenue per year, and have 5,214 employees around the world.

They chose ServiceNow, as their workflow management, service portal, and knowledge platform, to drive organizational, operational, and technical change and asked my team to help define the enterprise user experience leveraging this new technology.

The users experienced significant tool confusion due to the many disparate systems and tools for knowledge, catalog, incidents, and IT service management.

Goal: To create similar, but individualized, experiences for parent and subsidiary companies and completely integrate all tools.

Their user base primarily used e-mail and phone to solicit technical information, submit requests and track progress of requests.

Goal:  Build enough foundational functionality to start driving the majority of use cases to the the services portal.

Goal: Help the stakeholders understand the value of the new portal and work with them to create a MVP taxonomy and catalog of services to be surfaced on the portal.

Their user-base consists of corporate employees, across multiple business units, in various locations around the world. At a minimum, users from each business unit (Take2, 2K, RockStar, etc.) would see segmented branding, catalog of services, and knowledge base. There were 3 groups identified, Requestors, Fulfiller, and Approver. Within the requestor group, there were 2 sub-groups, the general enterprise user and the help desk user. The general enterprise requestor was identified as the primary consumer of the digital workplace. The fulfiller and approver journeys were secondary priorities and considered largely out of scope.

Users came to the site to:

I led the team in conducting a series of on-site workshops to educate and facilitate content creation exercises utilizing the new platform and administration constraints. We took an e-commerce approach with the stakeholders acting as suppliers, defining their own service offerings to be included on the portal. We identified multiple internal tools that will either require integration or conversion to ServiceNow including SCCM, Confluence, Arcade, Office Forms, and Demisto.

In addition to the service catalog, I guided them through Knowledge Base, knowledge article, and taxonomy exercises. The knowledge articles encourage users to help themselves whenever possible rather than submitting service requests. 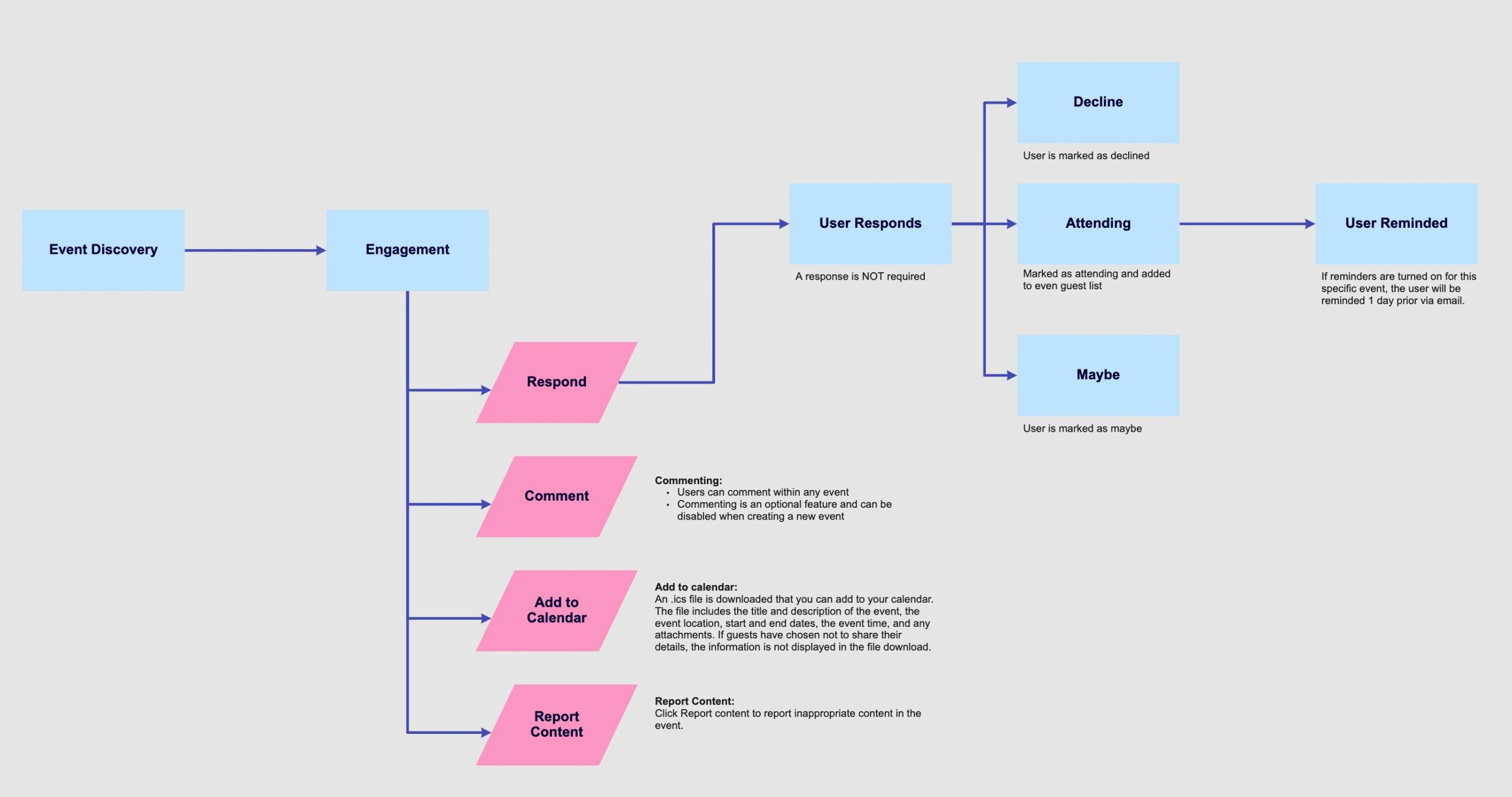 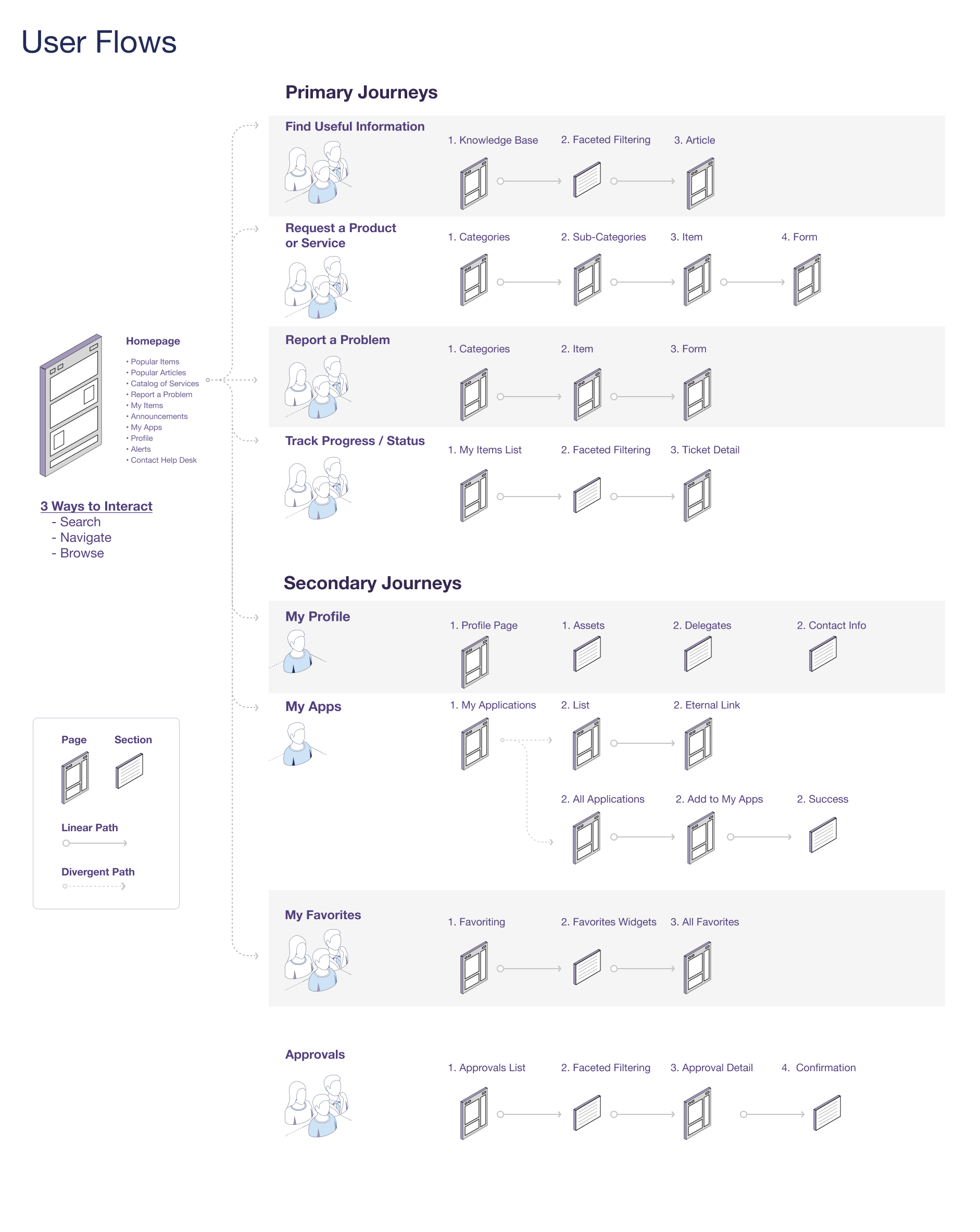 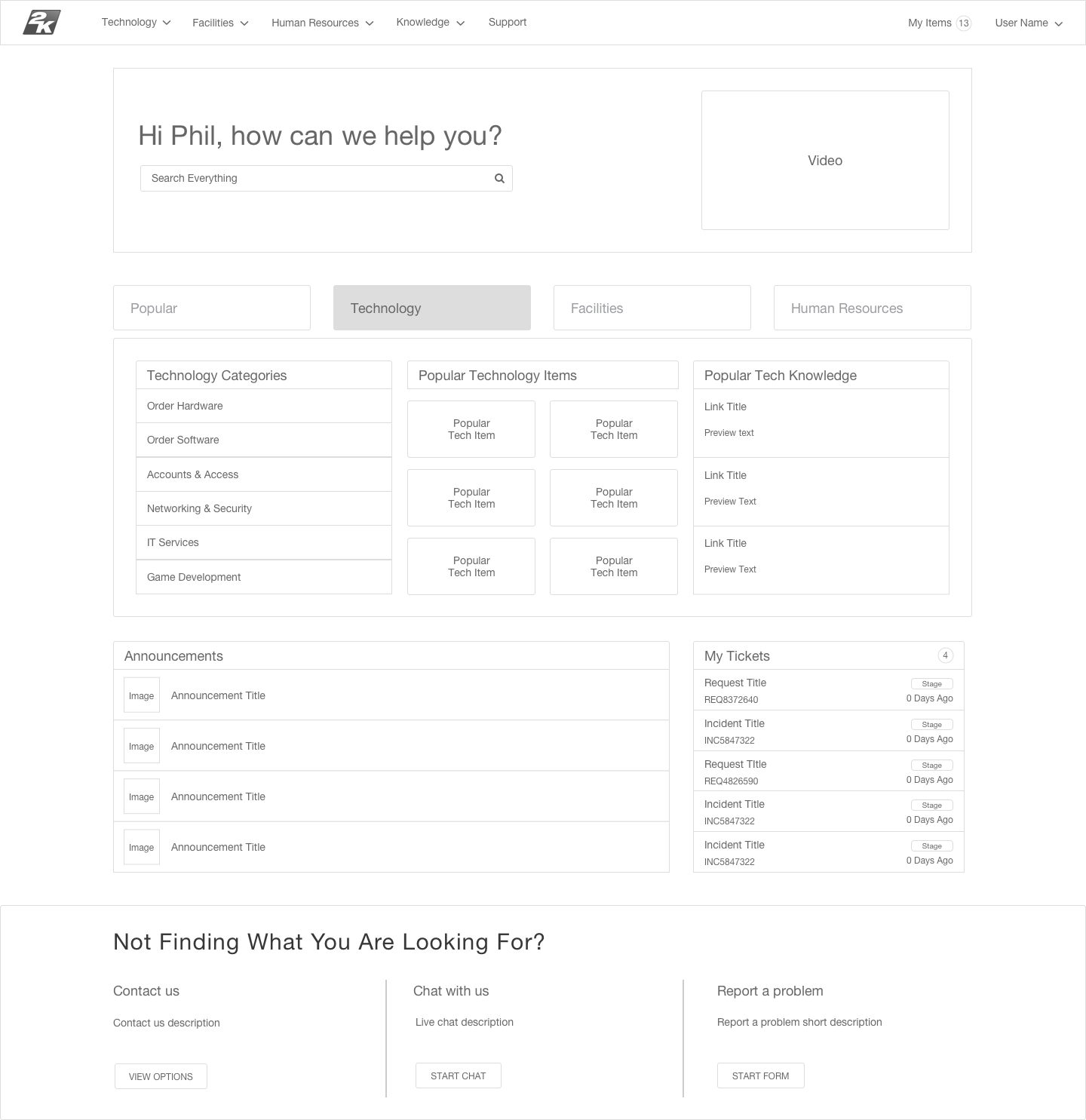 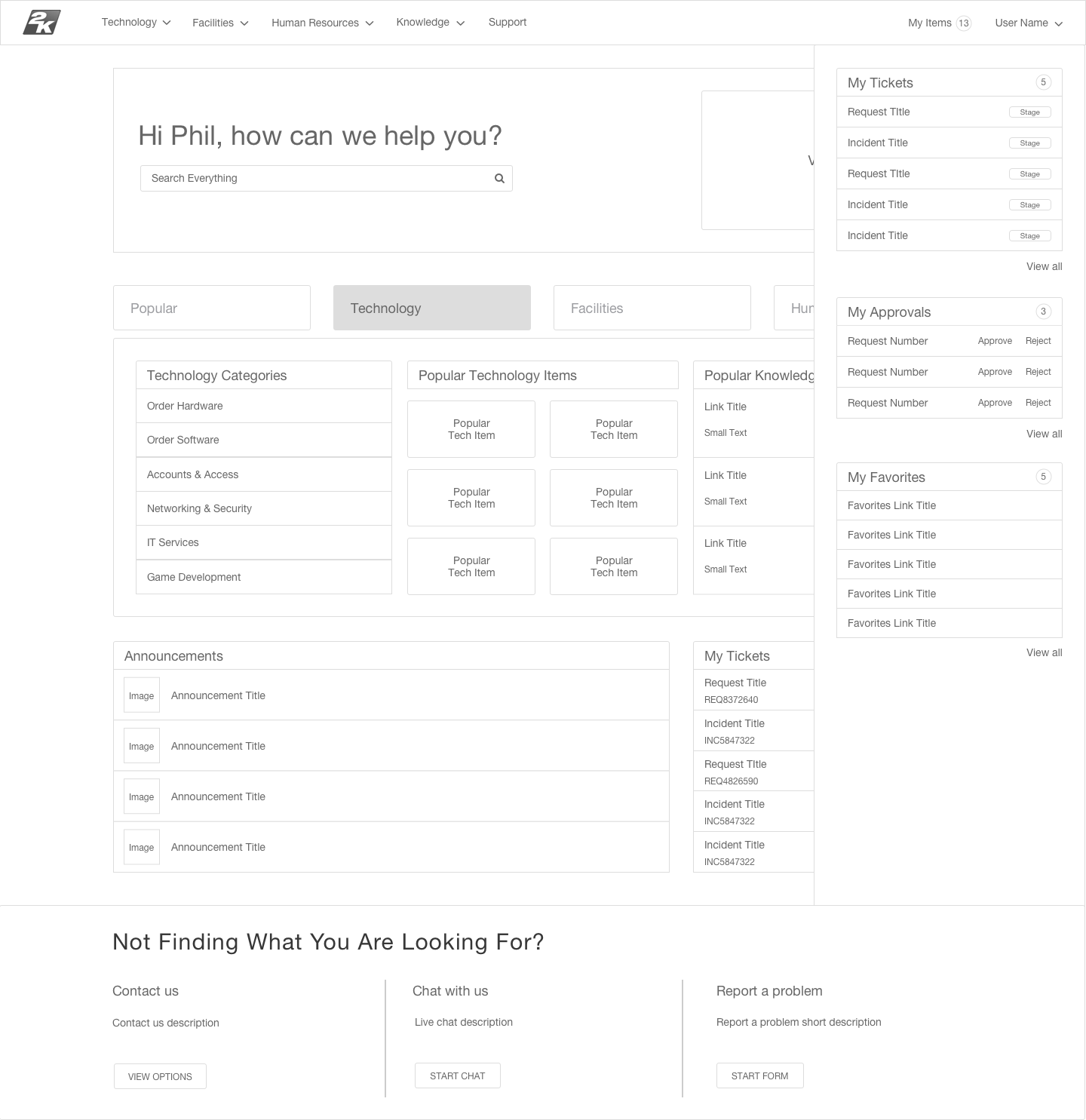 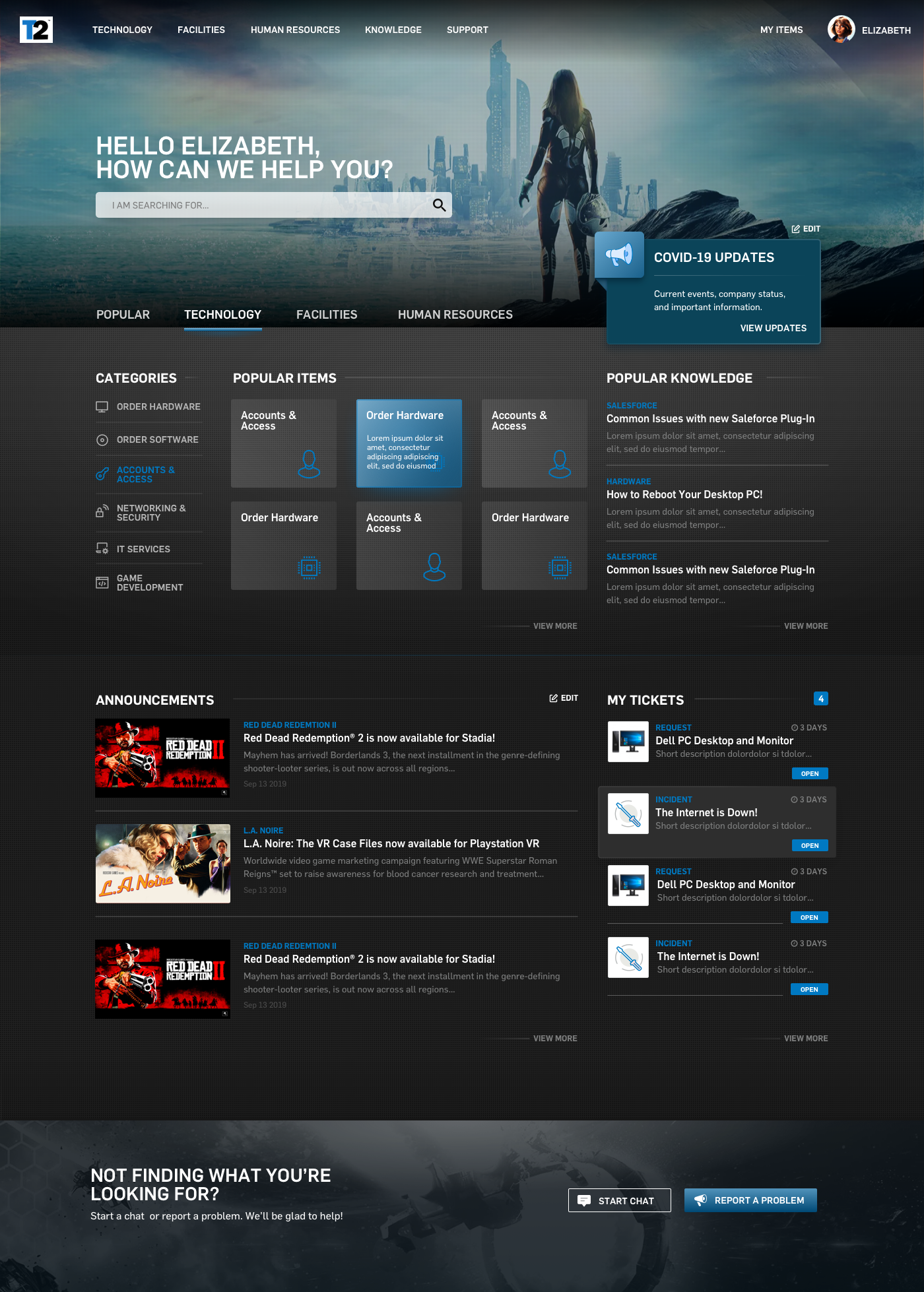 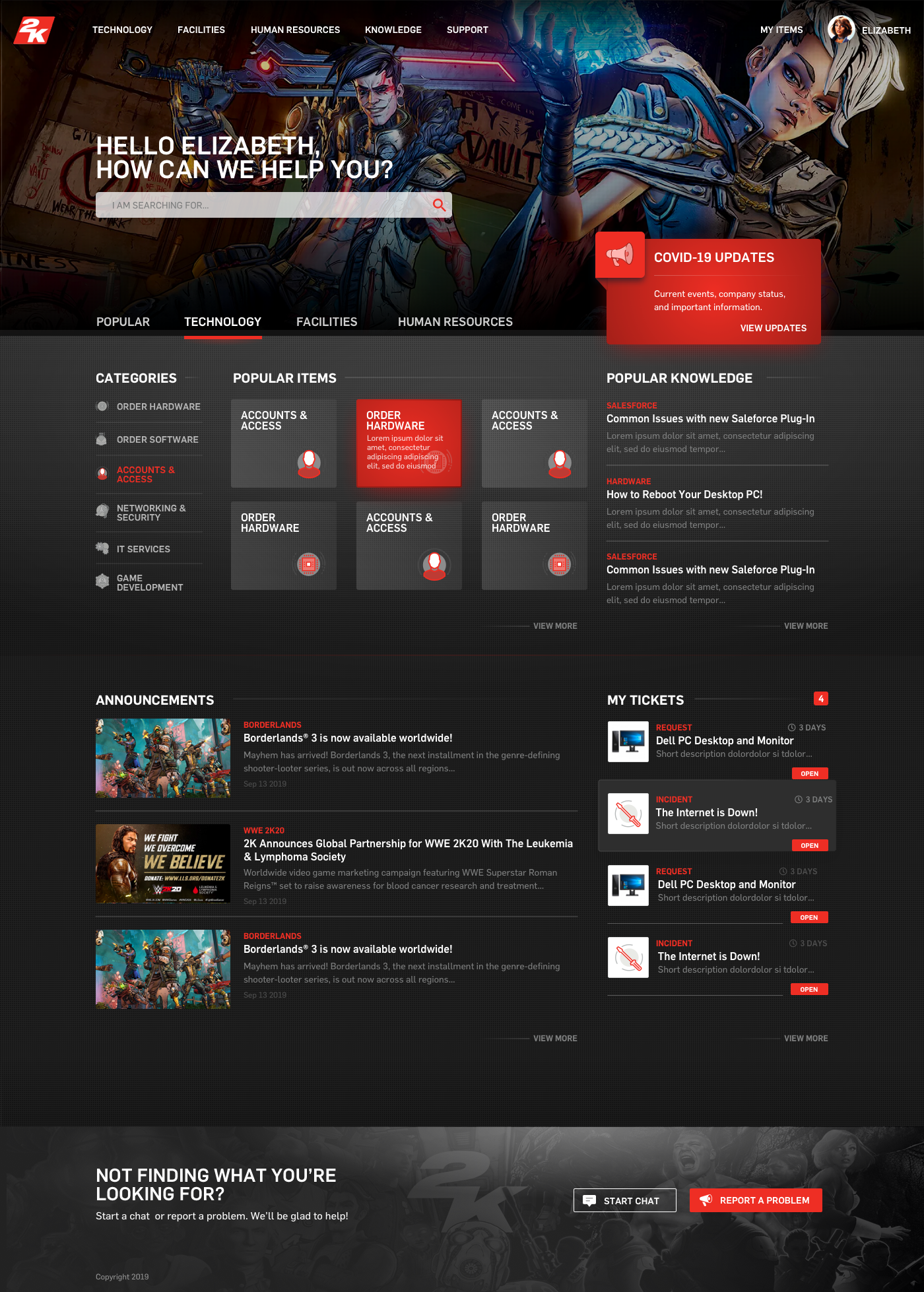 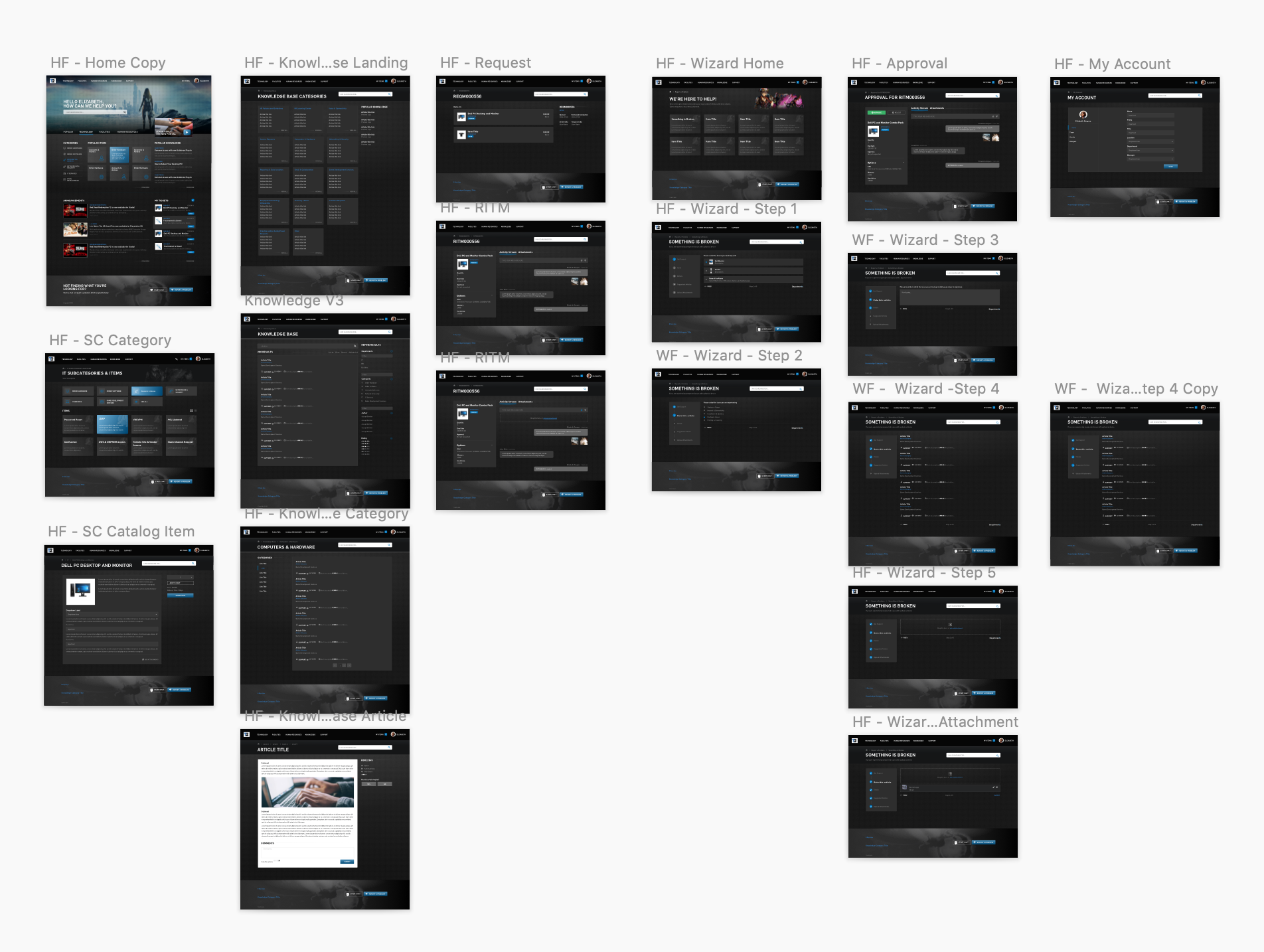